Difference between revisions of "Console Commands" 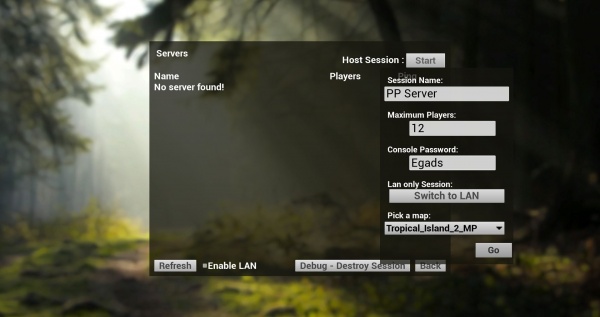 Many custom console commands exist in Beasts of Bermuda. These commands were added alongside development primarily to aid in testing or temporarily resolve significant quality of life or gameplay issues related to bugs. They all persist to this day. While previously unrestrained, use of most Beasts of Bermuda specific console commands are now locked behind login of a server admin. While hosting a server from their own PC, a player has the option of setting an admin login. In the absence of a specified password, all console commands are available for use by any player logged into the server at any time. If a password is specified, a player must enter the proper password before accessing the rest of the commands.

Use of the Chat Box as a console

Console commands can be initiated in two ways. The first is directly through the console, accessed by pressing the ~ key (to the left of the 1 key). The second is through use of the chat box directly. By typing in // before a command, the chat box will identify this syntax as a console command and take identical action to that of using the regular console.