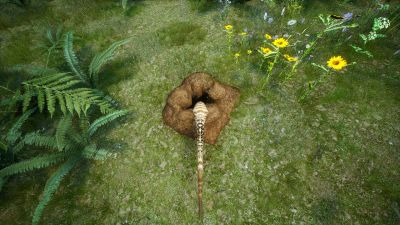 Burrow Master allows for the movement of decorative objects around the inside of the burrow.