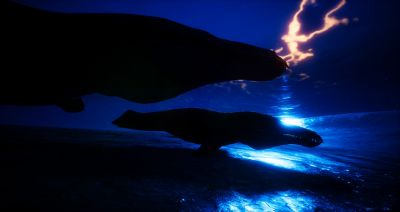 Nonetheless, it is regarded as the strongest predator in the game, as it can kill most creatures with a single strike. For those few who survive its initial strike, they will be left severely crippled, allowing the Kronosaurus to strike again and land a finishing blow.

+ Strongest predator in the game

+ Absurd damage (possibly the highest damage output in the game)

Additionally, it is one of the most vulnerable creatures as a juvenile, as it is weak and slow.