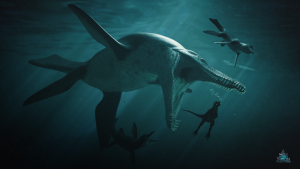 - Missing a Lunge can be very expensive. Both in Ability Power and strategical sense

An adult Kronosaurus has formidable depth pressure resistance. Don't be afraid to dive into the abyss if you need to escape, hide, or simply rest on the sea floor.