Given the theme and lore of Beasts of Bermuda, most maps come with an ocean. This ocean is salty, meaning a player will not be able to quench their thirst if they attempt to drink from this body of water. The ocean has tides and often harbors both playable aquatic creatures and edible fish for piscivores. Terrestrial creatures who enter the ocean will see a significant drop in their comfort, often resulting in gradual loss of health. 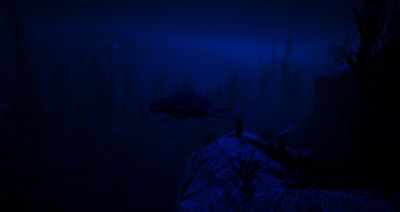 A Kronosaurus patrols the kelp forest.

The ocean and other bodies of water come with two different sets of post-processing effects, depending on whether the player is playing as an aquatic creature. Aquatic creatures sport significantly improved underwater visibility over their terrestrial counterparts due to reduction in underwater fog thickness and lack of water blurriness. In the future, if a creature tries to reach the edge of the ocean's map area, they will receive the "out of bounds" debuff. This is similar to "thin air" for the atmosphere.

The ocean is the only body of water in the game that has tides. The water level will rise and fall in a cyclic motion on an hourly clock, often revealing or covering certain portions of the map key for terrestrial creature travel. Many caves have entrances that may be submerged under the surface of the Ocean part or all of the time, depending on the tides. These areas often pose a point where aquatic and terrestrial creatures may come into contact with each other. Some cave passages may be submerged by the Ocean during all times except low tide, deliberately hiding certain secret areas of the map for the majority of the tidal cycle.

The ocean is also influenced by storms, where storm surges can occur during particularly strong storms. These storm surges can be very severe, occasionally flooding significant portions of the entire map and posing a survival challenge for players. 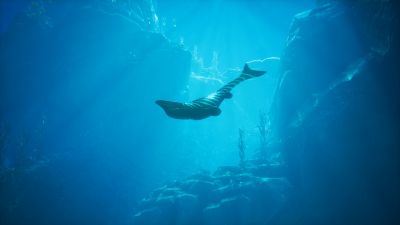 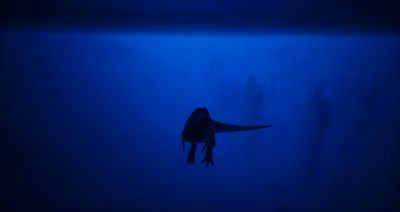