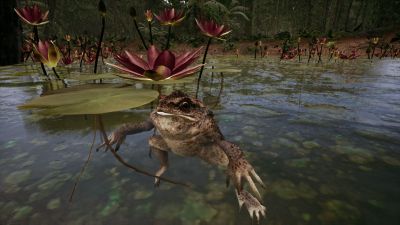 A frog floating in the swamp water. 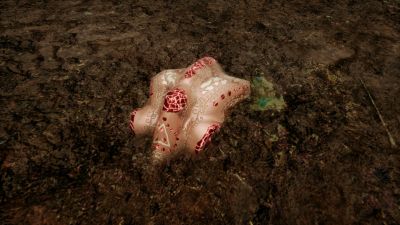 The top of the frog shrine, buried underneath mud. 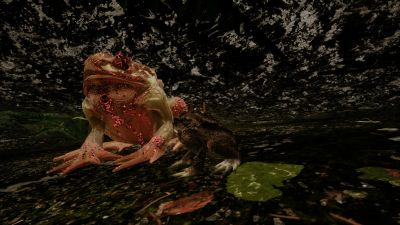 The frog shrine from below the surface of the mud. 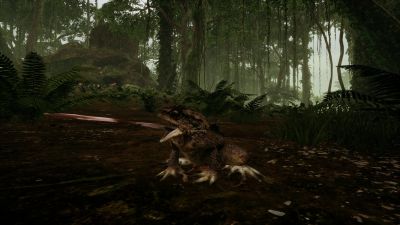 Frogs are simple, easy to catch AI critters that provide about half the food value of an Auroraceratops. They spawn in swampy habitats and around the majority of Isla Titania's water sources. Frogs croak at night and when it is raining.

Players can temporarily transform into a frog by interacting with its shrine hidden on the Isla Titania map. Upon interacting with the shrine, the player will spawn as a frog with a random skin, have the ability to grow, and will have access to a talent tree. All AI characters, including the frog, cannot be saved and will be deleted upon logging out.

The playable frog has a jump ability similar to that of the Velociraptor when holding RMB, and it can turn in place while crouched. Frogs deal a slight amount of venom damage with the LMB attack. Playable frogs are omnivores that can eat small plants and meat.