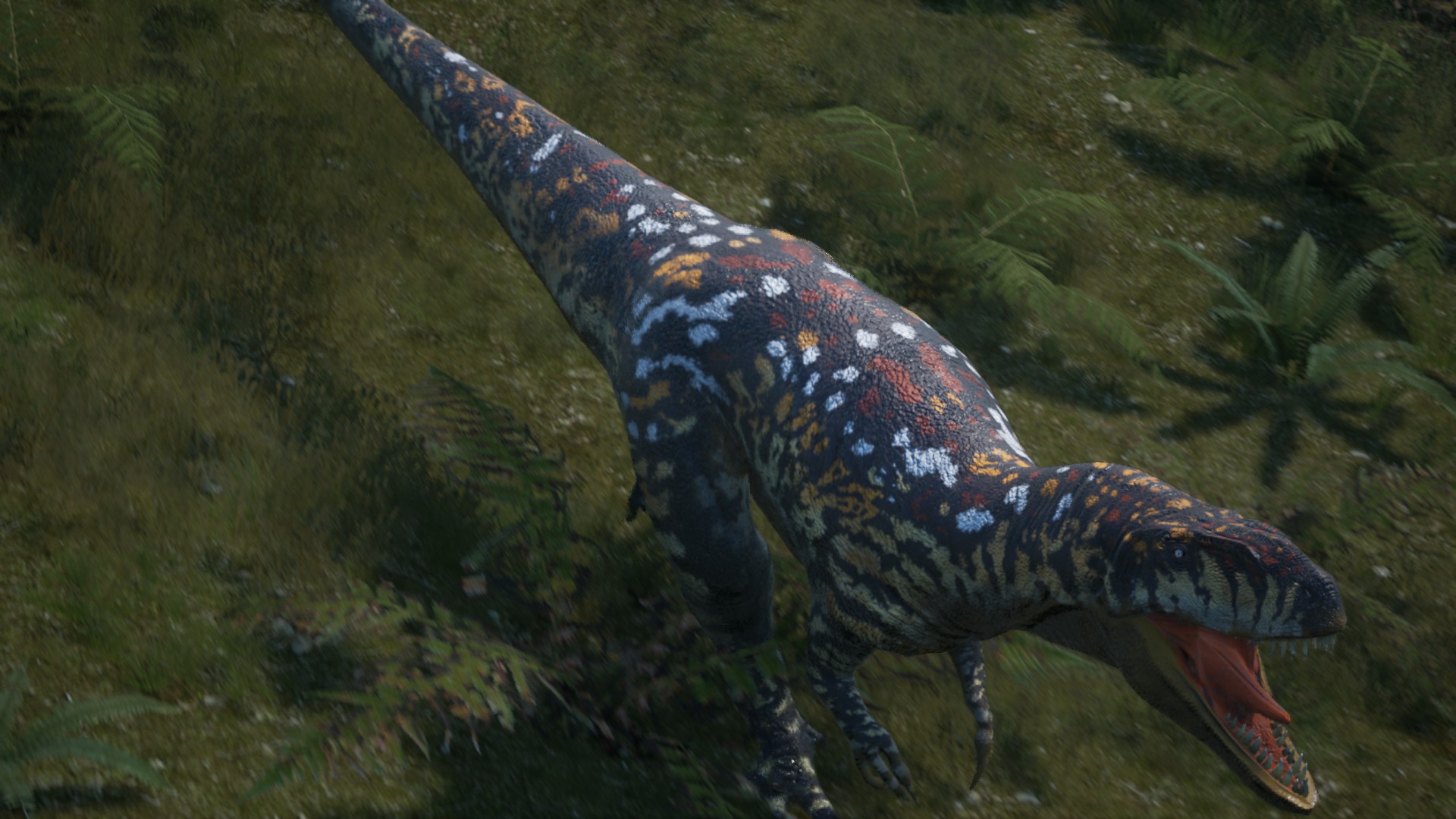 The Megalosaurus is a playable carnivorous creature in Beasts of Bermuda. It is a fast predator that can chase its prey for long distances with the help of its hefty stamina. Such prey include the Parasaurolophus, Velociraptor and Ichthyovenator, as well as most juvenile creatures.

Unique Attribute: The Megalosaurus possesses an enlarged amount of stamina, having been granted 110 instead of the default 100.

The Megalosaurus is far from an apex predator. It is threatened by predators much more larger and dangerous than it, such as the Acrocanthosaurus and the Tyrannosaurus rex, as well as the Mosasaurus if near a large body of water.