Difference between revisions of "User:Shockal" 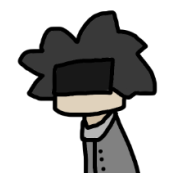 An avid eye for creativity and proper sentence structure, Shockal has strange tastes. His artwork mostly composes of surreal and cartoony creations, and he has developed a strong dislike for repetitive ideas. He tends to think and speak positively about things, and dislikes dirty humor. He's also somewhat bored.

Dinosaurs fascinate Shockal, which lead him today to play a lot of Dinosaur-related video games, as well as occasional paleoart. Beasts of Bermuda is of no exception, and he enjoys the game for its original tone: a colourful tropical setting, as he believes that woodland environments are being currently being overused for dinosaur depictions. Other dinosaur games he has played include ARK: Survival Evolved, Path of Titans and The Isle.

Shockal had participated testing Beasts of Bermuda before it was even released on Steam. He is currently writing and maintaining most of the Wiki, completely revamping clarity and precision to multiple creature pages such as Apatosaurus, Mosasaurus, Utahraptor, Elasmosaurus, Lurdusaurus, Megalosaurus, Kronosaurus, Tyrannosaurus_rex, Saichania and Pteranodon, as well as heavily detailing certain other statistic-related information such as Beaching and Injury.

His favourite creature in Beasts of Bermuda is the Elasmosaurus. It is also one of his favorite animals. However, the Velociraptor is quickly becoming a new favorite.

Shockal doesn't write his details in third-person very often, so he has listed his other website links here: